Marvel’s Black Panther is out in theaters today.  Spoiler alert, it is jaw dropping.  Not only is it a huge cultural touchstone, but it utterly changes the game for the Marvel formula in a big way.

Here’s four reasons it gets a huge Geek Out Huntsville seal of approval and why we think you should rush out to see it immediately.

1. International Culture in a Superhero Story 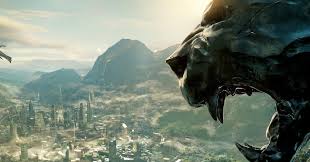 Seeing this movie will make you wish that Wakanda is real.  The hidden and technologically advanced city-state in Central Africa oozes with culture unlike anything you’ve ever seen.  Our heroes also make a visit to South Korea to stop the baddies, providing for an epic and neon lit chase amongst an international blender.

Michael B. Jordan of Friday Night Lights and Creed fame gives an amazing performance, and has a ton of great material to work with.  His motivations for doing what he does makes sense and makes him sympathetic.  It doesn’t hurt that he looks like a badass either.  Also, Andy Serkis gives an amazing and hilarious performance where he’s actually in the flesh on screen for once.

3. The Soundtrack is Killer

The King of Wakanda features The King of Hip Hop dropping beats for him, and it’s amazing.  Kendrick Lamar curated the soundtrack, which hits all of the right notes for some amazing scenes throughout.

Anyone can be a hero.  It doesn’t matter where you’re from or what your background is, you can step up your game and be one.  Marvel’s representation in Black Panther will go a long way to make kids realize that they can look like themselves and still kick ass alongside Iron Man and Captain America.

You come at the King, you best not miss.