Just like Peter Parker is figuring out his place in his world, Marvel Studios is working on figuring out his place in their MCU.  In both cases, he’s come along late in the game and is standing in the shadow of bigger heroes that came before him.  While Spidey has faced Vulture and now Mysterio, the biggest antagonist he’s facing are his own expectations of himself and how he fits into a world changed by things like Thanos’ snap and Tony Stark’s mentorship.

While a lot of the factors have changed for this version of Peter and Spidey in the MCU, his central driving factors haven’t.  He just want to do the right thing for those around him, geek out with his obsessions, and hopefully get the girl.  Marvel Studios pushes the envelope for him even further in Spider-Man: Far From Home by taking him out of his hometown and playground of New York City and putting him on a class trip in exotic European locations.  While the new setting is a breath of fresh air, it still treads some stale ground while still being an insanely enjoyable Spider-Man movie.

(Spoilers for both Spider-man: Far From Home and Avengers: Endgame follow, don’t read if you don’t want to see plot points from each!) 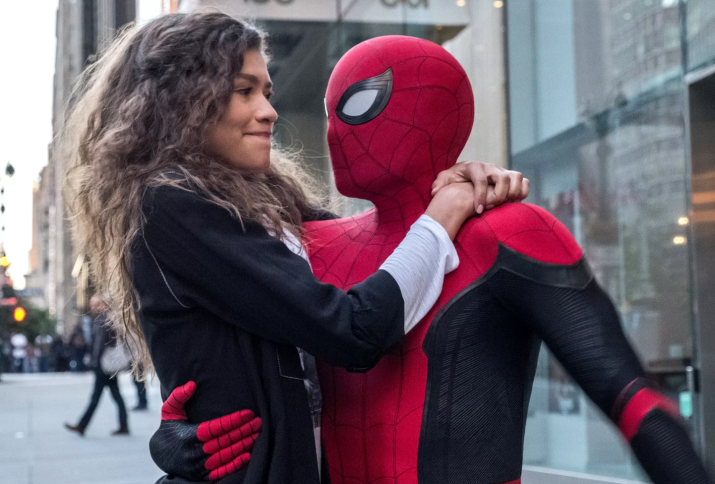 The biggest challenge that Peter faces this time around is dealing with the aftermath of his mentor’s death.  This version of the character hasn’t dealt with his Uncle Ben at all, and instead has made Tony Stark the surrogate dad that he learned much from and now has lost. Peter is struggling with how to live up to Tony’s image, how to carry on his legacy, and how exactly he will be the “next Iron Man.”

In the post-Endgame MCU, passed or retired heroes like Iron Man or Captain America are idolized and memorialized, which makes it even harder for a relatively new Avenger like Spider-man to step out of their shadow.  When Peter is dealing with both this and the stresses of a high school kid who still hasn’t managed to seal the deal with his crush, it’s totally understandable why he’d want to take a break from Spider-business when his class is taken on a field trip and vacation to Europe.

This is part of the problem with the movie itself.  Far From Home is a fun and heartwarming Spider-man movie that continues the theme of it being a John Hughes-ish coming of age tale for Peter, but it seems far too concerned with Peter’s relationship to the rest of the MCU than to really let him spread his wings and explore Spider-man’s own corner of it.

Everything from Peter’s glasses to Mysterio’s motivations have to be tied to Tony Stark and Iron Man in some way.  Peter’s relationship to his mentor and untraditional dad are a fantastic way to tie him in to the larger MCU narrative, but it’s at the loss of storytelling beats that are exclusively his.  There are no mentions or hints of a Sinister Six, nothing of Norman or Harry Osborne, and really not much that shows Peter’s progression into a STEM-obsessed geek.

This isn’t to say that Far From Home is a bad movie, it’s actually a ton of fun and is super enjoyable.  Plus, a lot of the ways that it plays with Spidey’s existing mythos is really clever.  Mary Jane being essentially reinvented into a more modern “MJ” is brilliant, for one example.  Having an assist from his own version of Q in Happy Hogan is a great touch too.

Far From Home also has some of the better performances in all of the MCU movies.  Tom Holland continues to prove himself as a perfect younger Peter.  Jake Gyllenhall also almost completely steals the movie, bringing some of the same dark and unstable sensibilities that he brought to Nightcrawler a few years back.  His version of Mysterio shares a lot in common with Syndrome from the first Incredibles movie, but takes somewhat of the same gimmick into a modern take.

Storywise, it still feels like Spidey is on MCU training wheels and isn’t allowed to go very far.  This worked great for his introduction in Homecoming, but it feels like he was due some more character progression here other than just annoying Nick Fury and getting the girl.  Now that he’s put his complicated relationship with Tony Stark out of the way for the most part, he may finally be able to come into his own in future solo movies or Avengers adventures.

Faults aside, Far From Home is still a fantastic Spider-man movie.  It’s far better than either of the Amazing Spider-man movies with Andrew Garfield.  Even though it just misses the awesome marks that Homecoming did, it’s still totally worth seeing and hanging out with Spidey for a few hours in Europe.