DragonCon took place in the blazingly hot streets and crowded hotel halls of Atlanta this past weekend, and as usual many North Alabama geeks made the trek into Georgia for the annual convention.

Celebrating its 30th anniversary this year, DragonCon has been the Southeast’s premier convention for all things related to comics, anime, video games, and much more.  While many other similar shows such as Comic Con have driven in popularity due to a focus on celebrities or movie studios, DragonCon has grown to have a yearly attendance of 70,000+ due to a concentration on fan creativity.

Many geeks in the Huntsville area and surrounding communities put together some amazing costumes that they had on display this past weekend in Atlanta, check them out below!

Dmitriy Plaks and friends as the Super Mario crew.

Local youngster as The Winter Soldier, photo from Lee Workman 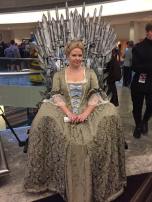 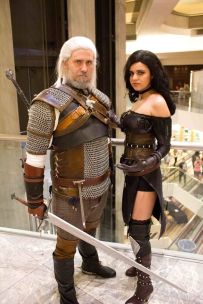 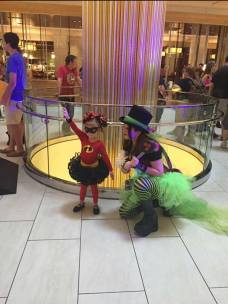 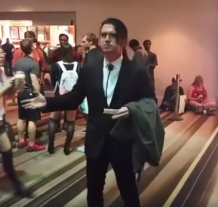 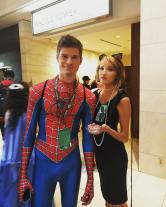 Stephanie Schrenk as Catwoman with an Andrew Garfield lookalike.

Brandon Reese as an Alien marine 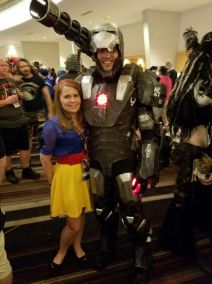 Russ and Kristy Meyerriecks as War Machine and Snow White 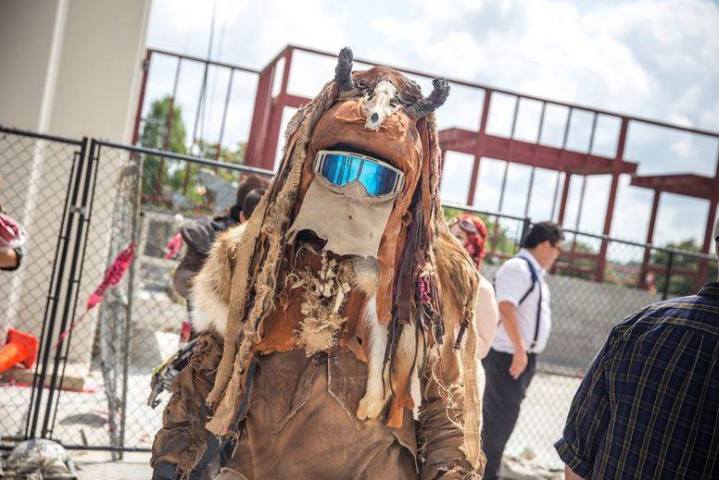 DragonCon lasts for only an extended weekend, but the work behind some of the costumes can last for months.  Huntsville resident Eric Danger is the man behind the armor and beard of The Witcher’s Geralt of Rivea, and he explained the care that goes into prepping his outfit for DragonCon.

“The armor, aside from the white shirt and grey pants, was made entirely out of steel and leather. The chain mail is 12 gauge steel. I handcrafted the spurs out of steel as well. I used around four to five different types of animal hides total to make it a completely functional suit of armor. The swords were 3D printed, and I made traditional scabbards for them out of wood and leather.”

Local builder Russ Meyerriecks is also Huntsville’s own Tony Stark, having built the custom War Machine armor.  Russ has worn the suit to events like Yuri’s Night, and also will have it on display at the upcoming Childhood Cancer Superheroes of Alabama fundraiser event in Athens.  He went into detail about what it took to put War Machine together.

Externally the suit is 50/50 3D printed ABS and fiberglass. Internally there are various types of foam and webbing in a failed attempt to make the suit comfortable to wear. The lights are individually addressable RGB “neopixel” rings from Adafruit. There is a dedicated Arduino animatronic controller to control the lights and the motion of the shoulder missile and faceplate. All suit functions are controlled via a Raspberry Pi running my custom opensphinx based offline speech recognition engine. The suit projects my voice along with clips from Jarvis from the movies via a small amp and two speakers in the shoulders.

The next DragonCon will be next year on September 1 – September 4, 2017.  Memberships are available now at early bird pricing, and hotels are already beginning to sell out a year in advance.

If you’d like to try a similar convention closer to home, look for The Geek Gathering at the Sheffield Parks & Rec Center on September 17th and 18th, or Rocket City Nerdcon coming up at the Madison County Public Library on October 22nd and 23rd.